Wesley Dean didn’t need to leave Australia. For more than a dozen years, he’d been one of the continent’s best-known artists, armed with a larger-than-life voice that catapulted songs like”You” to the top of the Australian charts. Even so, the Adelaide native found himself boarding an American-bound plane in early 2021, his wife and two sons at his side, the entire family heading toward their new home in Nashville.

Dean had visited Nashville a decade earlier, not long after winning the sixth season of Australian Idol. The show had launched him to stardom, but it was the time he’d already spent honing his craft — the Motown songs he sang during childhood; the three-hour shows he played in Sydney pubs as a teenager; the critically-acclaimed band, Tambalane, he formed with Silverchair’s Ben Gillies at 21 years old — that readied him for the spotlight. Inspired to blur the lines between roots-rock, soul, and folk with his solo career, he made that initial trip to Nashville in search of likeminded collaborators. Years later, he returned to Nashville looking for something else: a new beginning.

“I was chasing down a life-long dream,” Dean says, who’d spent the immediate years before his American migration living in a sea shanty town on the Sunshine Coast, quietly reevaluating his priorities. The Sunshine Coast’s leisurely pace had been a godsend, allowing Dean a break from the career he’d been relentlessly pursuing since boyhood. He briefly stepped away from music during that time… and when he returned to it, he did so on his own terms, writing songs that mixed heartland hooks with heart-baring honesty. Starting with “Never Goin’ Back to the Dark side” and “Where Only You and I Remain”, a new album began taking shape, one whose creation would soon take Dean halfway across the world.

With its mix of authentic Americana and modern-day roots music, “unknown” is an album about departures and arrivals. These 14 songs tell the autobiographical story of Dean’s life-changing relocation, bookended by the cathartic “Leave Adelaide Alone” — which opens the record with ringing electric guitars, accordion, and a meteoric chorus — and the album-closing title track, a soulful piano ballad that unfolds like a conversation between Dean and the loved ones he’s left behind. Recorded in his newly-adopted hometown of Nashville and written on both sides of his transpacific flight, unknown marks the rebirth of an artist who’s scaled the long ladder of success, enjoyed the view from the top, and taken a much-needed breather… only to rededicate himself to the climb all over again.

For Wesley Dean, the journey began when he was 8 years old. A gifted vocalist, he honed his chops by singing along to Jackson 5 classics like “I’ll Be There” and “Mama’s Pearl” at a young age, then became a fixture on Sydney’s barroom stages as, Wes Carr, before he could legally drink. Appearing on Australian Idol made Carr a household name across the continent, and he released two gold-certified singles in the wake of his first-place finish, along with a studio album that peaked at Number 2 in his homeland. He later reclaimed his independence after spending multiple years on a major label’s roster, continuing to play some of Australia’s biggest stages — from Sydney Opera House to Melbourne’s Palais Theatre — along the way.

After a decade, the rigours of the road grew wearisome for the songwriter, who’d become a family man since his full-length debut blazed its path up the charts. It was time for a change of scenery. “We moved to the Sunshine Coast in pursuit of a quieter, simpler life”, he says. “We had no plan and not a lot of money, but those five years turned out to be the greatest times of our lives. There were new friends and palm trees and barbecues every Saturday. The wine was flowing. It was like semi-retirement, in a way.”

Dean began spending less time on tour and more time with his family. He stopped writing as often. Music was once his north star, but now it was something distant, its light waning by the day. Yet even as he questioned his career path, he found himself unable to shake the feeling that there was more work to be done. Staying behind while his wife and children left town for a 10-day vacation, Dean found himself alone in the family’s beach house, acoustic guitar in hand, ready to see if the muse would still answer when he knocked. It did. What followed was the most fruitful songwriting period of his career. For 10 days, Dean threw himself into the creative process, finishing 20 songs before his family returned. The experience helped restore his creative drive and open his musical floodgates once again, and when the time came for another change of scenery, Dean steered the family toward Nashville. 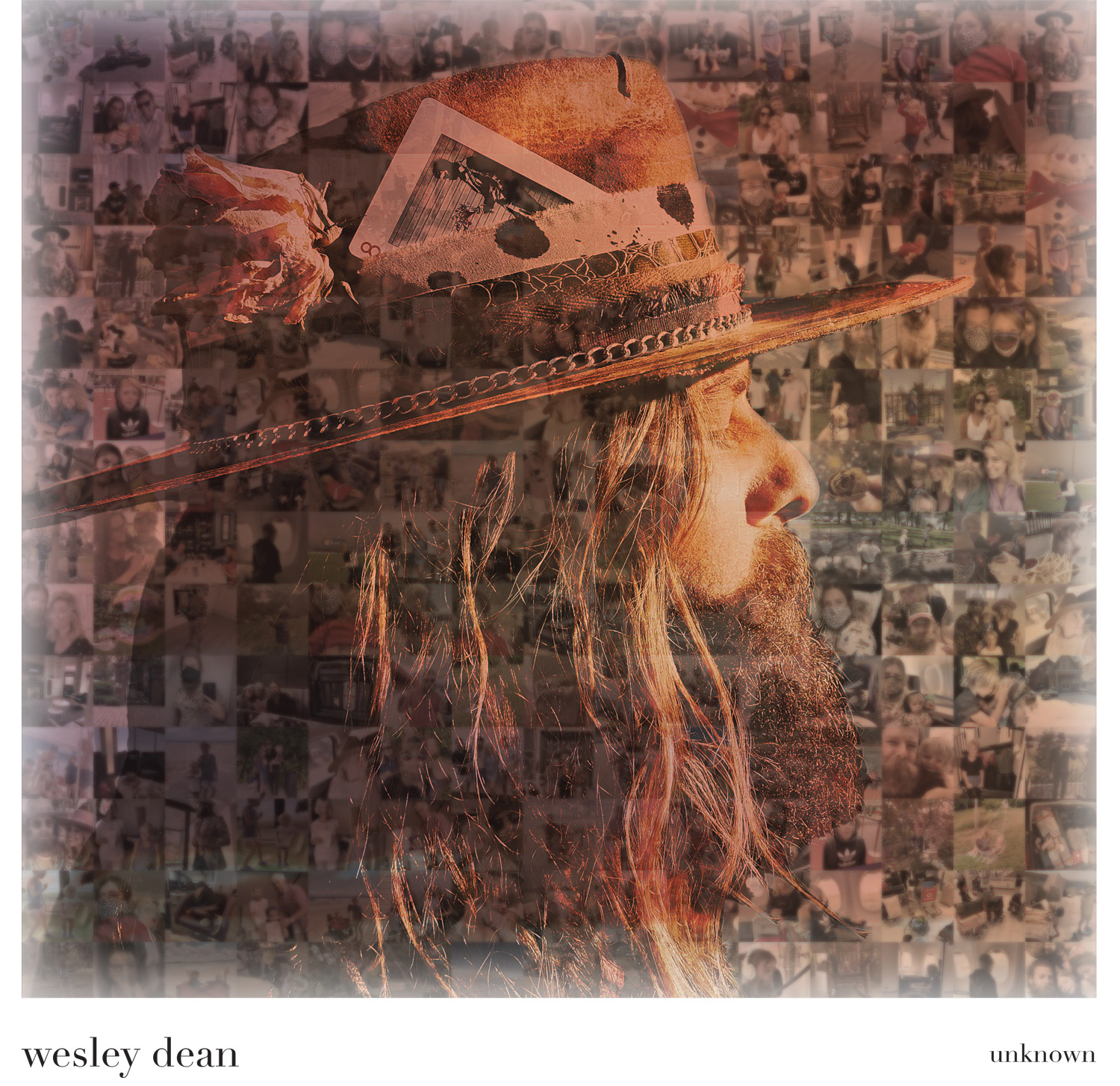 “unknown” nods to that personal history, but this is an album about the present, not the past. Not long after landing in Tennessee, Dean got back to work, writing more songs about regrets, big risks, and fresh starts. He also reconnected with some of the collaborators he’d met during his first trip to Tennessee, including engineer Justin Cortelyou, and forged partnerships with new friends like co-writer Fred Wilhelm. They worked fast, capturing every spark of inspiration and fanning the flames into something big and bright. Together, the musicians layered piano-driven tracks like “That’s Why I’m Here” with organ and light percussion, added swirls of atmospheric guitar to “Never Thought Of You”, and channeled heartland heroes like Tom Petty on the driving, determined “Hello, I Love You, Goodbye”.

“I’d write a song and immediately record it,” Dean remembers of those inspired months, which mirrored the creative growth spurt he’d experienced on the Sunshine Coast. “We encapsulated this big feeling of traveling overseas from Australia to America, arriving in our new home, and finding our way forward.”

There were still obstacles to overcome. When a business relationship went south, Dean found himself without the American support system he’d originally been promised.

Meanwhile, the Australian borders remained closed, meaning he couldn’t return home even if he’d wanted to. Choosing purpose over panic, he redoubled his commitment to Nashville and wrote “Gaslighter” – an empowered track that’s more anthemic than angry. “It was like someone was putting me through a test, just to make sure I was really serious about doing this”, he says.”Out of all these negatives came some amazing blessings. Life is made up of those blessings. The beauty is, they reveal themselves in every way as we step further into the unknown”.

In today’s uncertain world, the unknown can be a difficult thing to embrace. Wesley Dean pushes past those challenges with unknown, turning his own leap of faith into art. This is his musical reawakening — a battlecry from a longtime road warrior who’s nowhere near done fighting the good fight.